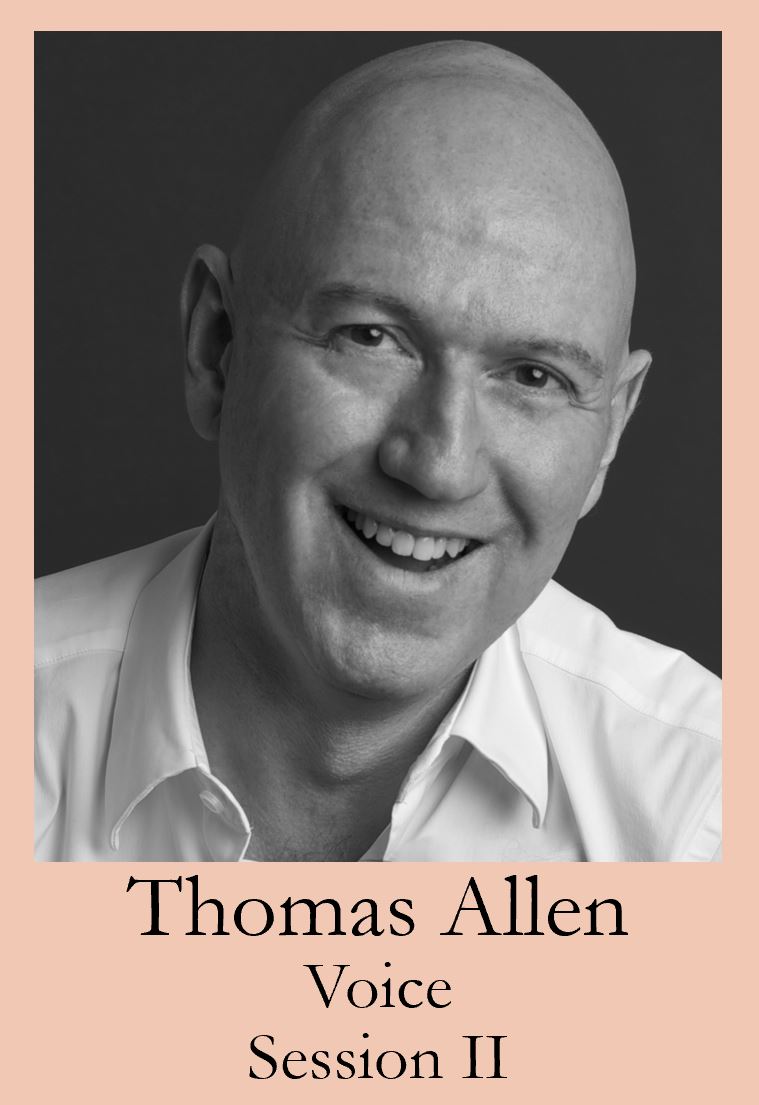 Thomas Allen is Assistant Professor of Voice and Opera at the Thornton School of Music at the University of Southern California in Los Angeles.

His vast repertoire extends from the earliest operas of Monteverdi and Cavalli, through Mozart and Rossini, up to the works of contemporary composers like Phillip Glass and Hans Werner Henze. As a concert singer he has performed as the tenor soloist in nearly every oratorio in the standard repertoire. He has dedicated himself to the art song repertoire and has recorded two critically acclaimed solo CDs, the most recent of which, Far Away (Capriccio) with pianist Charles Spencer, was called “…a very fine recital disc well worth exploring” by Fanfare magazine.

He appears alongside Cecilia Bartoli on DVD of Handel’s Semele (Decca) from the Zurich Opera with William Christie conducting. Gramophone described his performance as Dante on the DVD of the world premiere of Jacob ter Veldhuis’s Paradiso (Chandos) as “stunning.” He can be heard on over twenty CD recordings; recent releases include the title roles in both Josef Myslivecek’s Medonte (Harmonia Mundi) and Monsigny’s Le Roi et le Fermier (Naxos).

Most recently he sang the Evangelist and Arias in the St. John Passion of Bach with the Tonhalle Orchester in Zurich and performed at the Kennedy Center in Washington, D.C. as Alfeo in Jommelli’s Cerere Placata with Opera Lafayette.